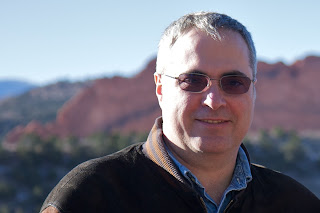 Stuart Kurtz turned 60 last October and his former students John Rogers and Stephen Fenner organized a celebration in his honor earlier this week at Fenner's institution, the University of South Carolina in Columbia.

Stuart has been part of the CS department at the University of Chicago since before they had a CS department and I knew Stuart well as a co-author, mentor, boss and friend during my 14+ years at Chicago. I would have attended this weekend no matter the location but a total eclipse a short drive from Atlanta (which merely had 97% coverage) certainly was a nice bonus.

Stuart Kurtz brought a logic background to computational complexity. He's played important roles in randomness, the structural properties of reductions, especially the Berman-Hartmanis isomorphism conjecture, relativization, counting complexity and logics of programs. I gave a talk about Stuart's work focusing on his ability to come up with the right definitions that help drive results. Stuart defined classes like Gap-P and SPP that have really changed the way people think about counting complexity. He changed the way I did oracle proofs, first trying to create the oracle first and then prove what happens as a consequence instead of the other way around. It was this approach, focusing on an oracle called sp-generic, that allowed us to give the first relativized world where the Berman-Hartmanis conjecture held.
Posted by Lance Fortnow at 8:12 AM