60 years of Eric and Mike 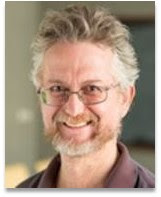 As I checked in at the Holiday Inn in New Brunswick Wednesday night, they asked me if I had stayed there before. I said it has been a while and they looked in their computer: October 2007. I was last at DIMACS for the Workshop on the Boundary between Economic Theory and Computer Science, the closing workshop of the  Special Focus on Computation and the Socio-Economic Sciences which Rakesh Vohra and I had organized. DIMACS, the Center for Discrete Math and Computer Science at Rutgers, started as an NSF center and I went often, even serving on the executive committee when I worked at NEC in the early 2000's. So an odd feeling to be back after ten years.

But back for a good reason, the DIMACS Workshop on E+M=C2, the joint 60th birthday celebration for Rutgers Professors Eric Allender and Michael Saks. A great turnout of Eric and Mike's former colleagues and students. I've known both Eric and Mike for many years but it is Eric I've had the closest connections to. Eric and I share many research interests, especially in Kolmogorov complexity. I took over from Eric as chair of the Computational Complexity conference and Eric took over from me as editor-in-chief of ACM Transactions on Computation Theory. Combined we've attended 61 of the 31 complexity conferences so far (I missed 2012 in Porto) and many Dagstuhl workshops and other meetings together on four continents. But we've oddly enough never co-authored.

Congrats to Eric and Mike and their careers worth savoring.
Posted by Lance Fortnow at 7:47 PM