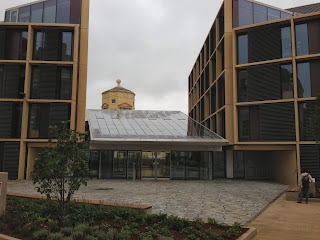 What about the new insights into intractability? Lots of great talks on connections to physics and economics, on proof complexity, information theory, algebraic and circuit complexity. On the other hand I watched some talks on other millenium prizes and while difficult to follow, it looks like they have measured progress towards resolving their problems. In complexity, we're still searching for that true path towards P ≠ NP.
Posted by Lance Fortnow at 5:28 AM