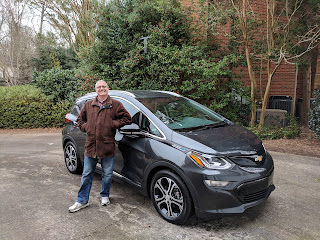 It's not as sleek looking as a Tesla and nobody will shoot it into space but I'm driving the future and it is amazing.
Posted by Lance Fortnow at 6:33 AM