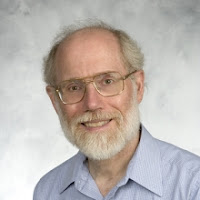 David Johnson, a leader and advocate for algorithms and all of theoretical computer science, passed away yesterday at the age of 70. A truly sad day for us all.

David's 1979 book with Michael Garey, Computers and Intractability: A Guide to the Theory of NP-Completeness, is still the best reference on the topic and perhaps the single most important resource in any computer scientist's library. David Johnson also wrote the NP-completeness column for the Journal on Algorithms and later the ACM Transactions on Algorithms, as well as "A Catalog of Complexity Classes" for the 1990 Handbook of Theoretical Computer Science. David founded the Symposium on Discrete Algorithms (SODA), a conference that is now often mentioned with STOC and FOCS as a top theory venue. He created the DIMACS algorithms challenges. He led SIGACT from 1987-1991, really transforming that organization, and served as its face for many years thereafter. I'm only scratching the surface of what he's done for the community, and can think of no one who put more effort into making the theoretical computer science as strong as it is.

Of course David was a great researchers as well, working on NP-completeness and approximation algorithms.

He received an ACM Fellow in 1995, the first SIGACT Distinguished Service prize in 1997 and the Knuth Prize in 2010. He used his Knuth prize lecture to push for practical applications for our algorithms. Just last month he was elected into the National Academy of Engineering.

I worked with David Johnson closely on various SIGACT activities. David never missed a STOC and we always invited him to the SIGACT Executive Committee dinners, not because he had an official role, but because he was David Johnson. I truly respected and admired David and glad I could call him a friend. We'll miss him deeply. STOC and SODA just won't be the same without him.
Posted by Lance Fortnow at 7:43 AM