How Not to Pass a Polygraph Test 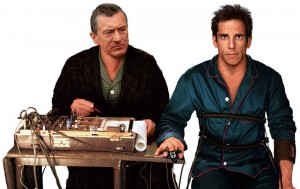 Many years ago I was asked to serve on an advisory board for an organization that did confidential research. To be on the board I had to have US top secret clearance. The first step was filling out a lengthy form which asked deep details about every aspect of my life. Then there were the interviews with myself and many people I interacted with, especially internationally, and I have many international colleagues. Eventually I got past these steps.
The final step required taking a polygraph (lie-detector) test. So I flew to Baltimore to visit a non-descript office building near the airport. I failed the test. Twice more I went to Baltimore and failed those tests as well.
Just to be clear, I never tried to falsify or hide information on these tests. In one case I was asked "Do you live in Atlanta?" I said no. The person administering the test stopped and said I put my address down as Atlanta. I said my mailing address was Atlanta but (at the time) I lived just north of the border in Sandy Springs. She said I should use Atlanta for the test, in other words I should lie. The test didn't go well after that.
In another case, I was asked if I was ever arrested. For the record, I have never been arrested but the answer came up as inconclusive. The administrator, different than before, trusted the machine more than me and the rest of the day didn't go well.
Perhaps the test wasn't meant to just test whether I was telling the truth, but also my ability to keep a secret. At least that would make more sense why I failed three times. More likely I took questions too literally, a product of a mathematician's mind.
I never joined the advisory board but that wasn't the worst of it. In 2014 the Chinese hacked into the US Office of Personnel Management taking information from, among others, those who applied for security clearance. It's the main reason I keep security freezes with the credit bureaus.
Posted by Lance Fortnow at 8:34 AM