The (R)evolution of Steve Jobs 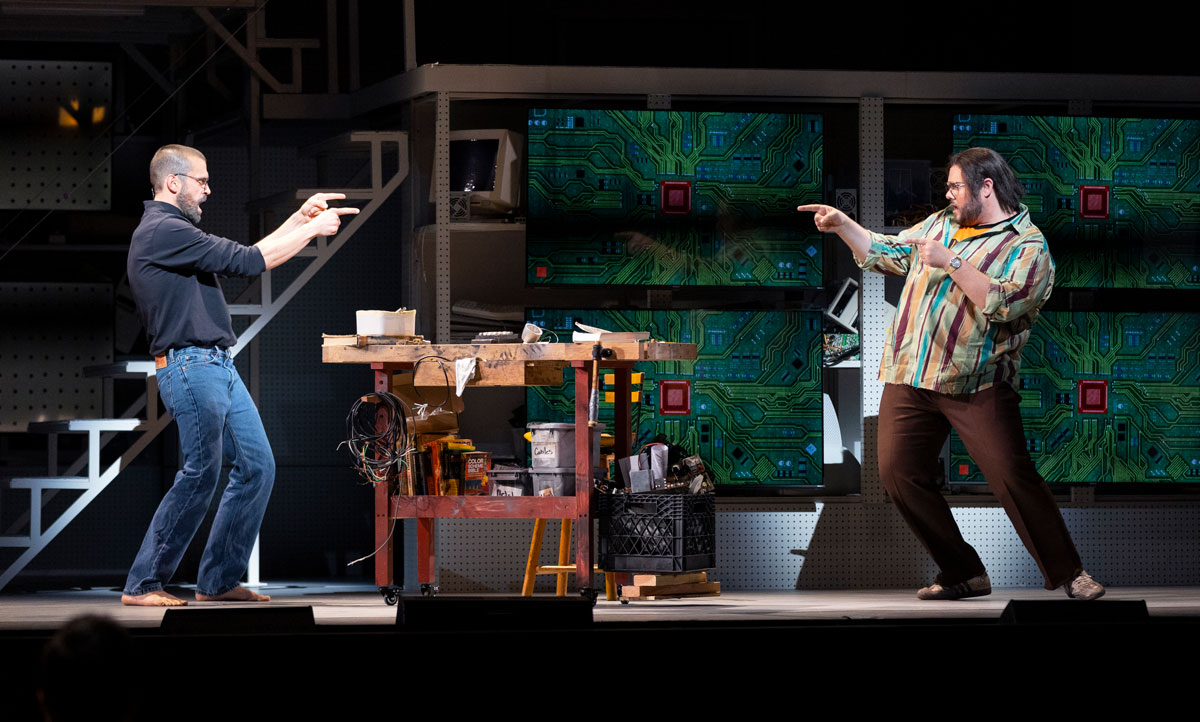 I don't mention it that often in this blog, but I fell in love with opera in the 90's and watch as much as I can, often fitting opera into my travels or vice-versa. Rarely do the tech world and operas collide but they did so this weekend in visit to Atlanta, I saw the (R)evolution of Steve Jobs, yes an opera about the iconic Apple founder that was first performed in Santa Fe five years ago. This production played in Austin and Kansas City earlier this year.
The story focused on relationships, Steve Wozniak, his wife Laurene, his guru Kōbun Chino Otogawa and Chrisann Brennan, the mother of Job's daughter Lisa, and on Steve Jobs focus on perfection and his company, as he often shunned others and even his own health. The music worked and the singers were generally strong. There were about 20 large monitors on the set which were used to enhance the story in pretty clever ways. The opera bounced around in time from when Steve Jobs father bought him a worktable to his memorial service.
100 minutes is short for an opera, especially one on a person as complicated as Jobs, and some of the story lines and characters could have benefited by a longer exposition, or perhaps a more focused story could have had a larger emotional punch.
Laurene had a message at the memorial service but really meant for the audience in the opera.

And after this is over,
The very second this is over,
For better or worse,
Everyone will
Reach in their pockets,
Or purses,
And — guess what? —
Look at their phones,
Their “one device.”
I’m not sure Version 2.0 of Steve
Would want that.
Version 2.0 might say:
“Look up, look out, look around.
Look at the stars,
Look at the sky,
Take in the light,
Take another sip,
Take another bite,
Steal another kiss,
Dance another dance,
Glance at the smile
Of the person right there next to you.”

The (R)evolution of Steve Jobs has a couple of more performances in Atlanta this weekend, including a livestream, and heads to Calgary and other venues in the future.
Next year, The Life and Death(s) of Alan Turing at Chicago Opera Theater.
Posted by Lance Fortnow at 9:23 AM