This week I'm in Germany for the Dagstuhl workshop on Computational Complexity of Discrete Problems well timed for Georgia Tech spring break. No Bill, so no typecast, no family, just a bunch of fellow theorists. New this year, beer.

Dagstuhl always had bottled beer (and wine), after all this is Germany. However, Ronen Shaltiel is living his lifelong dream of bringing a keg to Dagstuhl. Turns out Dagstuhl had a refrigerator/tap for a beer keg, one only needs to order and pay for the beer. Ronen's daughter designed a special logo, though the keg contains Bitburger, a fine German pilsner. Prost to Ronen and thanks for the beer. 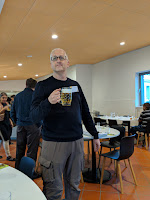 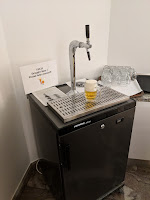 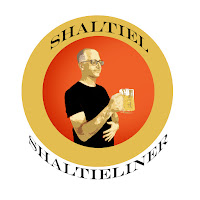 Of course the fun is hanging with colleagues old and new. Talking about open problems old and new. Used to solve more of them back in the day, now it seems harder.

I did learn a new old theorem, planarity testing, whether you can embed a given graph in the plane so no two edges cross, is computable in log space. In 2000 Eric Allender and Meena Mahajan showed that you can test for planarity in symmetric log space, basically the complexity class whose complete problem is undirected connectivity. In 2005, Omer Reingold famously showed that undirected connectivity is computable in log-space. Thus planarity testing is in log-space, a result you might have missed if you didn't know both papers.

This came out in Eric's talk on his work with Archit Chauhan, Samir Datta and Anish Mukherjee showing that checked whether there is a directed path from a given node s to a given node t in planar graphs can be computed by concurrent-read exclusive-write on parallel random-access machines in logarithmic time, and thus likely weaker than directed s-t paths on general graphs.
Posted by Lance Fortnow at 5:11 AM