Lance: Live from the Institute for Advanced Study in Princeton, New Jersey, Bill and I are doing a typecast from the Avi Wigderson 60th Birthday Celebration. Hi Bill.

Bill: Hi Lance. Last time I saw you was for the Mike Sipser 60th birthday and next for Eric Allender and Michael Saks.

B: New Jersey rocks! After all Bruce Springsteen is from here.

B: You both rock! You are better at math. But I don’t want to hear you sing. I got in last night. How was the first day of the conference.

L: There’s two kinds of talks at a celebration like this. Some people who survey how Avi has shaped the field and their research in particular. Scott Aaronson gave a great talk titled “Avi’s Permanent Impact on me” on how a survey talk on the permanent problem eventually led to Scott’s work on boson sampling. 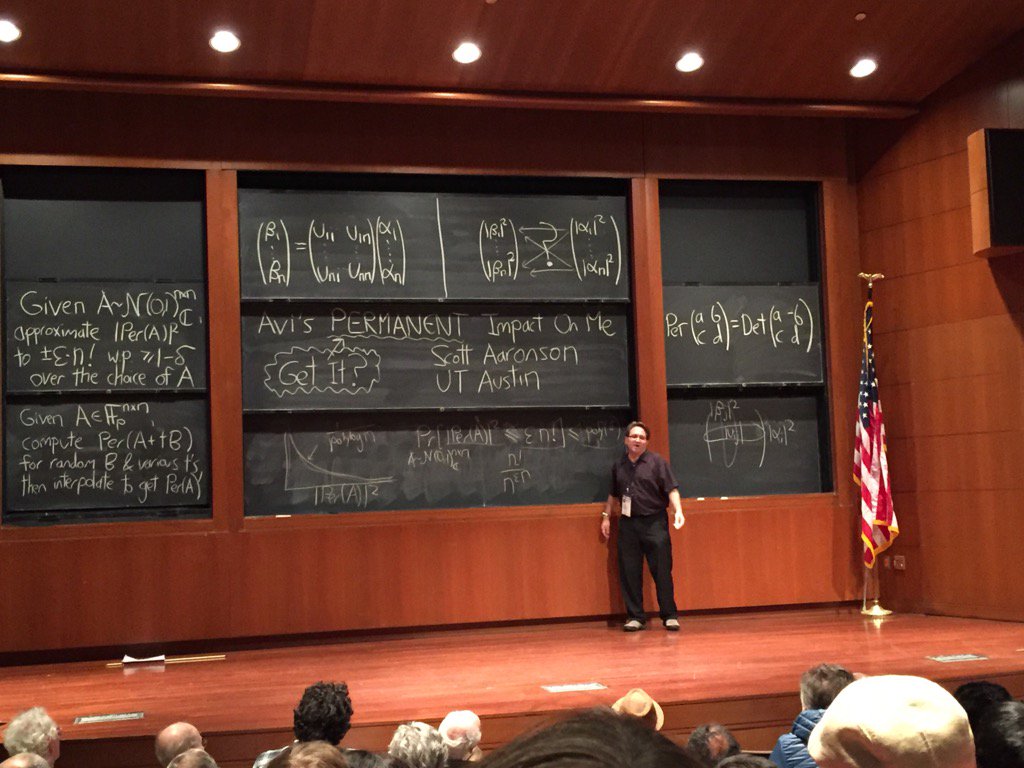 Most people though are giving talks on their latest and greatest research. At least they have some good Avi jokes to start their talks.

B: So what category did Oded Goldreich’s “Canonical depth-three Boolean circuits for multi-linear functions, Multi-linear circuits with general gates, and matrix rigidity” talk fit in.

L: Oded did say the title was a joke and he did start with an Avi story, Actually it was a Silvio and Shafi story about when to leave for the airport.

L: How did you like the rest of his talk.

L: Once I gave a talk at a logic meeting about generic oracles. People came up to me afterwards so excited that logic had such applications in computer science.

B: I liked Noga Alon’s talk “Avi, Graphs and Communication”. There is a fixed graph G on k nodes with k players each with an n bit string. How many bits do they to communicate over the edges to determine if all the strings are identical? Basically if the graph is 2-connected you need half of the trivial kn bits.

L: A day has passed and we find ourselves talking again on Friday at IAS. It’s a beautiful day and we are sitting on lawn chairs on the IAS grounds. This is how Einstein must have felt.

B: Although he wouldn’t be skipping a talk on quantum physics.We are listening in through the magic of the Internet.

I liked Noam Nisan’s talk on the complexity of pricing. Perhaps surprisingly a seller can do better bundling two independent items than using individual prices. I plan to use that example in my fair division class. I may even do a short blog post.

L: I can’t wait. Madhu gave a great talk on low-degree polynomials and how error-correcting have gone from obscurity in theoretical computer science in the early 90’s to a standard tool just a few years later. And we have Madhu (inspired by Avi) to thank for that.

B: Eyal Wigderson, son of you know who, is a grad student studying neuroscience. Talked on “Brains are Better Computers than Computers” which I found flattering.

L: He was talking about rats, not your brain Bill.

B: Should I feel complemented or insulted?

B: It’s kind of nice to have a birthday person’s child talk a conference like this. In TCS there are several including Paul Valiant who talked at Les Valiant’s 60th, Tal Rabin talked at Michael Rabin’s 80th, father and son Edmonds are here, and Molly Fortnow will surely talk at Lance Fortnow’s 60th. I remember when she interviewed us.

B: Silvio Micali “knighted” Avi and used Byzantine agreement to improve bitcoin-like chains. I was  enlightened to learn bitcoin is so expensive only five companies do it regularly.

L: When people claim to solve P = NP I asked them to mine a few bitcoins and get back me. I have yet to see any bitcoins.

B: I asked them to find Ramsey of 5. I’m still waiting.

L: On that note time to say goodbye until we meet again.

B: Allender/Saks New Jersey again! Take us out Lance.

L: In a complex world, best to keep it simple, and 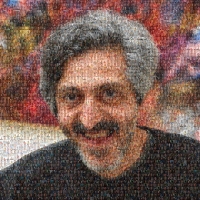 Posted by Lance Fortnow at 4:11 PM