ICALP has a pretty large number of papers, divided into three tracks. Track A is roughly algorithms and complexity ("Amero-theory"?). Track B is roughly Logic, Semantics, and PL Theory ("Euro-theory"?). Track C, formerly cryptography, is now Foundations of Networked Computation; this seems to appeal most to the Track A people, and sometimes there were mixed A/C tracks.

Three highlights for me were:

We also saw the Greek and Turkish national youth basketball teams at the conference lunches; I believe they skipped all the talks, though. 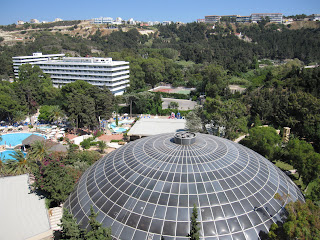 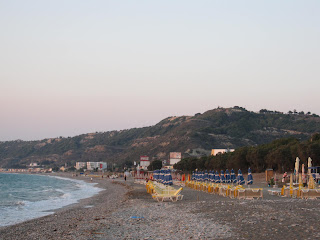 Posted by Lance Fortnow at 7:05 AM