Comment by Bill: Haken and Appel proved that all planar maps are 4-colorable. Or did they? David Marcus emailed me that its not quite true and I asked him to post on it, so here it is. The meta point is that math can be very subtle.

It is commonly believed that the Four Color Map Theorem says that four colors suffice to color a planar map. While this is true for any map a non-mathematician would dream up, it is not true for maps a mathematician might dream up without some restriction on the regions that are allowed. This is shown in Hud Hudson's Four Colors Do Not Suffice which appeared in the American Math Monthly, Volume 110,  No. 5, May 2003, pages 417--423.

Hudson's article is written in a very entertaining style. I recommend that you read it. He constructs a map consisting of six regions R1,...,R6.  Each region is bounded and path connected. There is a line segment B that is  in the boundary of all six regions.  So, six colors are needed, since all six regions share a common boundary. The construction is similar to the topologist's sine curve. For each i , the union of Ri and B is not path connected. Hudson also shows that for any n, there is a map that requires at least n colors. 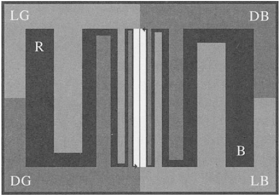